Sound maps have been popularised through new social media applications, allowing users to share sounds from across the globe. This provides an alternative and, in my view, potentially more immersive format to image and film; soundscapes encourage the listener to close their eyes and engage their imagination. Waldock explores the difficulties of sound mapping in things such as beauty bias, gender imbalance and class divides. I question whether the presiding desire to capture sounds in rural areas influences how we curate our cities and industrial landscapes. Can we make these loud, intense and harsh spaces more aurally aesthetic by taking an approach of care? The busy bustle of industry and travel are undoubtedly linked to climate catastrophe. Therefore, taking a sonic approach could contribute to the solution. Wadler writes that the “imbalance is the increasingly lo-fi character of the sound environment that Schafer (1994: 3) postulates will lead to "universal deafness."”. Have we reached this point?

With the urge to explore more sound, I’ve been sourcing my music from underground and d.i.y. radio shows, many of which are stationed at Subcity Radio. This exploration has opened my ears wide to new frequencies and rhythms that feel good for the soul. I was introduced to an artist called Object, whose track, ‘Secret Snake’, honours each frequency through space, reverberation and automation. The piece awakens a chiming euphoria that emulates a sci-fi experience. My friend Ben came round today and played me a song he and his girlfriend had made from his laptop speakers. It echoed scenes from the underground through groundbreaking experimentation. 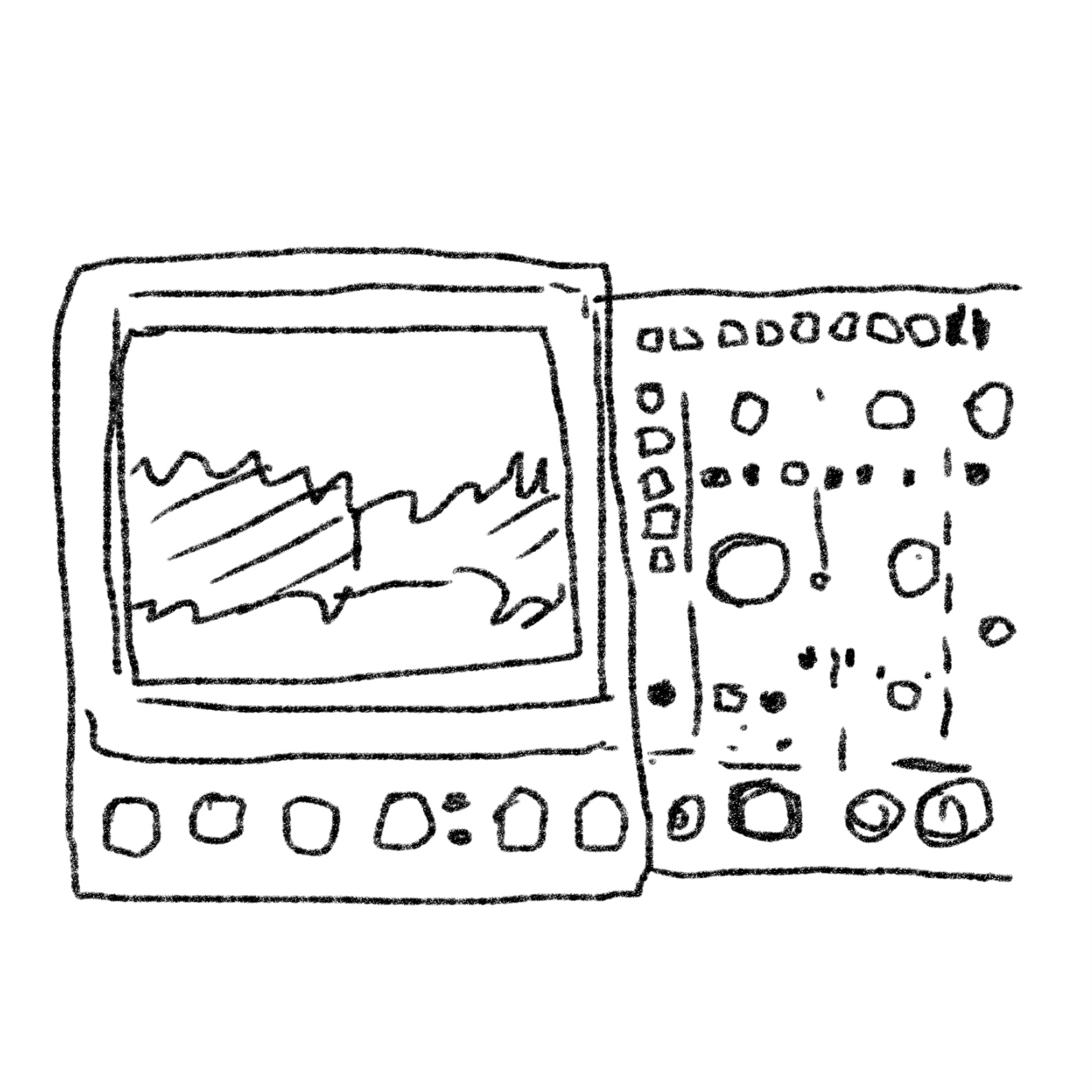 This week, I unintentionally watched an episode from Oats Studios, entitled ‘Rakka’. Normally, I’m a fan of sci-fi and dystopian films, however, Oats Studios proved to be a little too uncomfortable and at times practically unbearable to watch. Part of why I was so affected was due to the film's oppressive and horrific narrative that seemed remarkably close to reality. The characters were dark and while I could handle the aliens being evil, it was the human ugliness that struck me. The tension of these characters tugged on my empathy and broke down my boundaries of disbelief. A few days later, I returned to finish the episode, paying close attention to its soundscape, which was a totally separate experience. The soundtrack, composed by Lorne Balfe, was persistent and hypnotic, just like the alien species that had colonised earth. It glitched, stretched and descended using Shepard tones. Dystopian apocalypse was evoked through digitalised screeches crossed with atonal music.

“Should pale death, with treble dread, make the oceans caves our bed, God who hears the surges roll, deign to save the suppliant soul”, Thomas Wake, The Lighthouse

The Lighthouse, directed by Robert Eggers, opens with seven minutes of ominous cinematics accompanied by equally minacious sounds; a foghorn imitates itself over thundering waves, crooning seagulls, marching percussion and solemn cello. Wind phases in the distance, panned right. The foghorn is incessant. Comedically these enervated sounds are contrasted with Thomas Wake, an old sailor, farting. At night, Thomas lies naked at the top of the lighthouse, basking in its heavenly glow. This scene consists of ethereal sounds, reminiscent of whale song. The other protagonist, Winslow, dreams of a siren, who calls in an exquisitely haunting frequency. I grew up by the sea and films such as this inspire me through familiarity and recognition of the enigmatic ocean. The soundscape that I am working on is starting to form into a seascape.

This week we went on a group trip to measure the decibels of the underground, streets, nature walks, bridges and tunnels from Cowcaddens to Kelvingrove. Decibels don’t interest me as much as they should, so I felt it was good to engage with them in a more practical, less mathematical way. We compared the cityscape to scenes from Film Noir; Glasgow is known to possess a certain gloom with a seedy underworld of crime. It also feels transitionary and at night the city could be described as having chiaroscuro lighting. It was interesting to note that the inner city, rife with traffic and mechanical buzzing measured similarly to the soothing rush of the river Kelvin. To me this says that frequency is more emotive than loudness. 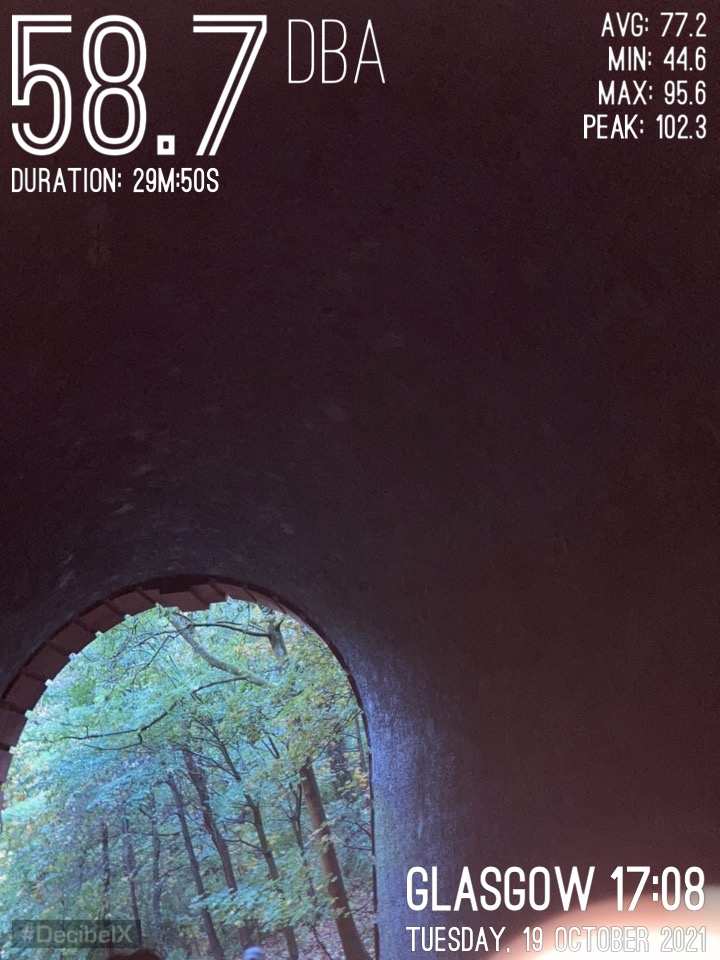 After watching ‘The Lighthouse’ a few weeks ago, I decided to continue to indulge in the seascape of cinema and watched ‘Bait’ by Mark Jenkin, a Cornish filmmaker who shoots on B&W Super 8mm and 16mm film. ‘Bait’ had an unmatched authenticity and grit that steeped me in creative muse. The film was filled with subtext and social commentary. The sound design in ‘Bait’ fluctuates from loud industrial ship noises to quiet rural ambience, while the music is melancholic and metaphysical. I am now a member of BFI Player and can’t wait to luxuriate in more independent film.

On Friday, the class met over Zoom to share and discuss our work together. This was an uplifting experience that empowered me to think about my future work as a soundscape artist. ‘Remember to Breathe’ by Keira McCombie led me on an anxious journey through unbearably melancholic synth arrangements and close, heavy breathing. Eve King’s piece, ‘Sonic Map of our Solar System’ was dexterously conceptually thought through and the audio was profoundly sonically immersive. ‘Wooden & Watery’ by Cameron Gallagher was distinctly rhythmic and detached from narrative. These are some examples of work that have stimulated me to continue my journey as a field recorder and soundscape artist. I am excited to continue to build my repertoire of sounds while further developing my concepts.